The first public telephone exchange appeared in 1877, the man who built it, Tivadar Puskas, was an engineer of Hungarian origin who was part of the Transylvanian nobility. It was a manual plant, requiring a human operator. Automatic power plants appeared in 1891, the first such plant being installed in Romania in 1927. 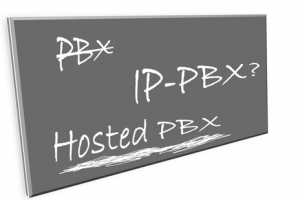 Office telephone exchanges initially appeared for economic reasons, the main advantage being that internal calls, between numbers/internal numbers of the same organisation no longer used the public network and were no longer charged, thus significantly reducing the telephone costs of companies adopting such proprietary telephone systems. As they became more widespread, they became more and more powerful and started to offer additional features, such as: redirection, call by extension, hunt call (the call goes to one extension, if the extension does not answer it goes to another extension and so on until the call is answered by an available employee).

Classic office telephone exchanges, i.e. PBX (private branch exchange), bring together several public telephone lines or trunks on one side and several telephone extensions in the same building on the other.

The equipment required for a classic telephone system is the telephone exchange, which can even occupy an entire wall, and the classic telephones which are connected by wires to the exchange. The cost of buying a conventional power plant, the subsequent maintenance, repairs and the not very simple way of setting up the system have allowed only very large companies access to such systems.

With the advent of the internet in the 90s, telephony started migrating to VoIP (see the article of 29.04.2014 “What does voip mean”) and this led to the emergence of a new generation of PBXs: IP-PBXs (telephone exchanges that allow calls to be routed over the internet). The equipment required in an IP phone system are the PBX and the terminals (can be: IP phone, classic phone with adapter, PC or mobile applications).

With the advent of this type of exchange, the telephone system, although seemingly more complicated in structure, came with major advantages. I’ll mention some of the things that differentiate an IP-PBX from a classic PBX:
– for companies that have several sites, it is no longer necessary to purchase a telephone exchange in each location, as the workstations are connected to the IP exchange via the Internet: this significantly reduces not only the cost of purchasing equipment, but also the cost of calls between sites or the cost of organising meetings (telephone conferences can be held)
– for companies with workplaces or partners outside the country, the costs of international calls can be eliminated by allocating an interior to the location abroad
– for companies that have employees who work from home or have field work, it can be vital to keep in touch with them: softphone apps allow you to connect to the switchboard from your mobile phone
– the configuration of this type of power plants is done through a web interface, accessible not only to specialists, as in the case of classic power plants
– IP PBXs bring a number of additional functionalities such as: traffic monitoring, call recording, video calls, fax2mail, voicemail on email
The switchboards have thus become available to medium-sized companies that have understood the advantages of using their own telephone system and either had staff specialised in maintaining and setting up the switchboards or used an external consultant.

The newest and most amazing concept in PBXs is the Hosted PBX system. The essential difference with other telephone systems is that the switchboard is no longer physically located at the customer’s premises but is hosted in a data centre. With the advent of Hosted PBX, telephone systems have become accessible to any company, regardless of size, and have become a real tool for increasing efficiency and productivity and reducing costs. Some advantages over IP-PBX:
– no longer requires the purchase of the plant, often a significant cost, especially for a small company; also, there are no more maintenance, repair, reconfiguration costs
– being hosted in a data center it benefits from 24/7 monitoring which makes downtime almost non-existent
– when moving from one location to another the system is directly functional
– scaling the plant (increasing or reducing the number of indoor units) is unlimited and can be done instantly: if your number of employees increases, you don’t have to buy a bigger plant, if your number of employees decreases or you want to give up the telephone plant, you don’t end up with useless equipment; it is also very useful in case of seasonal activities or projects that require increasing the number of indoor units for a few months only.
– rapid technological evolution, the emergence of new applications, do not require a change of PBX, often Hosted PBX providers incorporate the latest technologies in the solution offered
– allows integration of modern business applications via API (application programming interface), such as: internal chat, integration with customer management system, automatic extraction of reports (missed calls, waiting times in queue, etc.); practically unlimited possibilities