The name VoIP stands for “voice over IP” which in translation means voice over IP (internet protocol) and means that voice is transmitted over the internet.

Communications have come a long way since cave wall paintings and smoke signals. The earliest forms of voice communication are considered to be the two wired boxes that British physicist Robert Hooke experimented with in 1664. But two centuries passed before the invention of the telephone: in 1876 Graham Bell made the first telephone call to his assistant Dr. Watson, who was in another room. It was not until 1915 that the first long-distance call between New York and San Francisco was made. An important moment is marked in 1956 by the appearance of the first mobile phone invented by the Ericsson company, the truly portable form, however, is the 1973 Motorola. 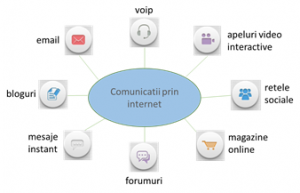 In the early 1990s, the commercial use of the Internet began to grow exponentially and the first ideas of computer-telecommunications convergence appeared very quickly: in 1993 the first form of smartphone appeared. According to Wikipedia, “Since the mid-1990s, the Internet has had a revolutionary impact on culture and commerce, including the emergence of near-instant communications such as e-mail, instant-messaging, VoIP telephony, interactive video calling and the World Wide Web with its forums, blogs, social networks and online stores.[…]The Internet’s takeover of global communications happened almost instantaneously, historically: in 1993 it transmitted only 1% of all information transmitted between telecoms networks, already 51% in 2000 and over 97% of telecoms in 2007.”

The mass use of VoIP began in 2004 and has allowed users to make and receive calls as with traditional telephony.
VoIP calls are similar to traditional digital calls involving signalling, a transmission channel and coding (a packaging of the voice to be sent as data packets). The codecs used are responsible for the quality of the transmission and the bandwidth occupied by a call, the more powerful a codec is, the better quality it gives and the less bandwidth available; these codecs have become so powerful that they offer HD Voice quality and have even consumed as little as 6.4kbps. The most common codecs are G711, G729, G722.

In order to be a VoIP user you must first go to a VoIP service provider and then use one of the following technical solutions: 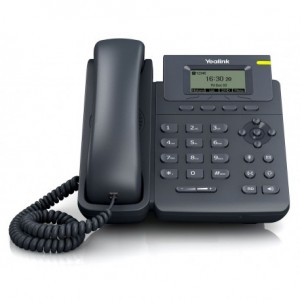 IP phone, looks like a normal phone but connects only to the internet jack, not to the phone jack; it is important to understand that this is not a phone but a mini-computer built to look like a phone, it has its own IP that connects to the IP of the PBX, in case of company communication systems. IP adapter for the classic phone, which connects the phone to the internet jack and allows making and receiving VoIP calls

Softphone, a software application installed on a computer or mobile phone with internet access, which allows calls to be made and received without using the voice resources available in the mobile phone package

Enter the online shop for a wide range of IP equipment

The benefits of using VoIP solutions have been so evident for businesses that there has been a migration from traditional telephone systems to VoIP telephone systems, with 80% of all new PBX telephone lines worldwide being VoIP by 2008.

In the next issue we will explain terms like PBX (PBX), IP-PBX (IP PBX) and Hosted-PBX (Hosted PBX).

What are unified communications